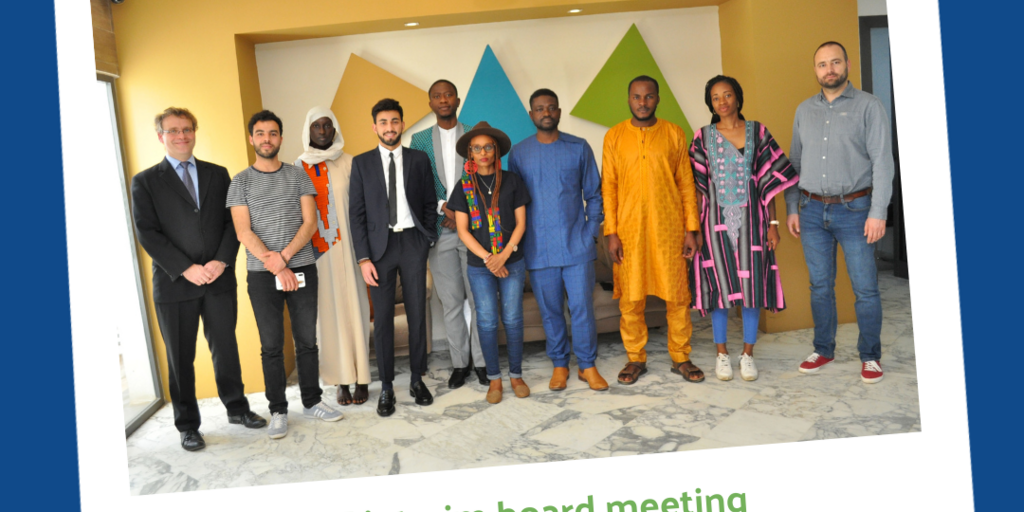 ASAF interim board met for the first time in Dakar, Senegal

The ASAF interim board met for the first time in Dakar, Senegal from 4th - 6th of March 2022. From Cameroon, Ethiopia, Algeria, Ghana and also Morocco, the board members are meeting in the capital of Senegal to discuss the future of ASAF.

Before the beginning of the first meeting of the interim board a pilot project took place at Cheikh Anta Diop University, which opened the door for the ASAF members to talk about their community, to approach the Senegalese public, and thus make the geographical space of ASAF larger than before.

The first day of the ASAF interim board meeting started with a presentation by Ms. Helene Banegas providing a a well-detailed presentation of the services.

Afterwards, the concept of the annual work plan was shared followed by the co-ambassador joining for a general discussion. The Mission Statement for each member of the board as well as for ASAF in general was then discussed as well as a debriefing of the survey workshop and the pilot project at Cheick Anta Diop University. This kind of project makes the ASAF community more visible and better known to young Africans

The second day of the meeting started with a presentation of membership activation and promotion. Right after, a long discussion with all the members of the interim-board around crucial points such as structure, governance, statutes was held. Everyone was fully engaged and committed to the discussion. The topic of communications was addressed as well. The steps concerning the ASAF Annual General Forum were then discussed, including the participants and the process in general before the arrival of the event.

Overall, questions and answers followed each topics which allowed the representatives to better advance their mission and especially to understand it before explaining it to others

As we often say, ASAF is not just for business, but for cultural things too. It's a mix between the professional and the culturally diverse. The last day remains the proof of this principle. Before everyone left the hotel and returned home, our service-provider offered the members a visit to the museum of the city of Dakar after we had discovered more or less the city through the previous trips.